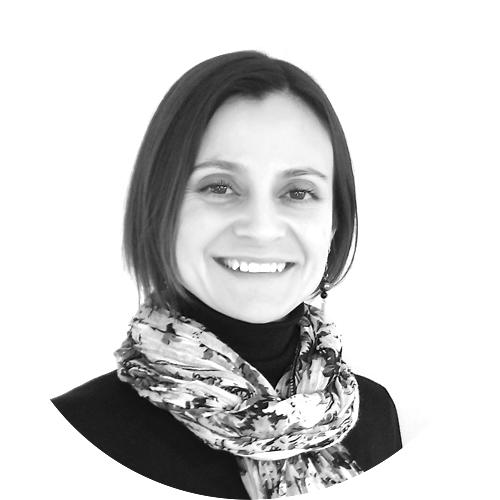 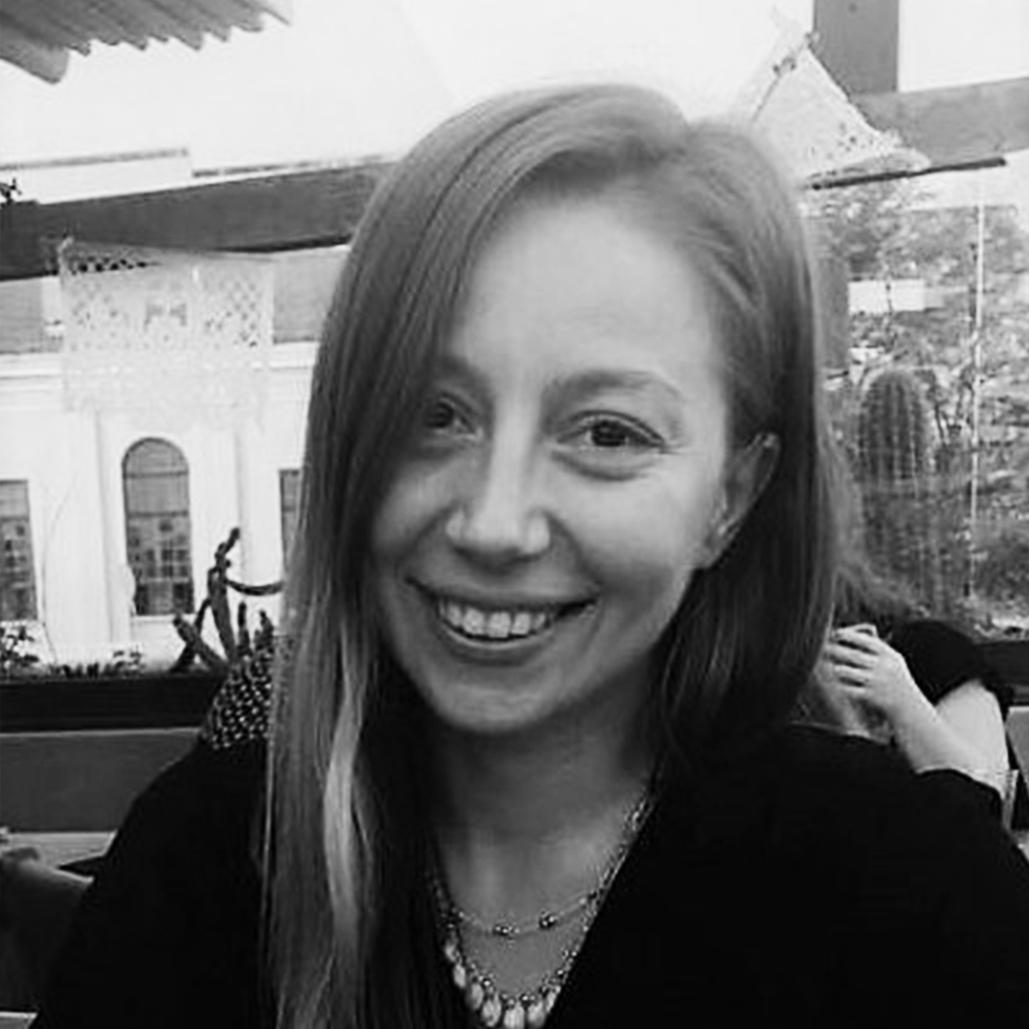 Didem Uğurlu
Didem Uğurlu graduated from Izmir University of Economics, Department of Architecture in 2014. Following her graduation, she moved to Manchester, England to start her master studies in Project Management in Construction at University of Salford and received her master degree in 2016. After returning back to Turkey, she practiced architecture in a private firm. In 2017, she started her phD degree in Project and Construction Management at Istanbul Technical University, Faculty of Architecture. Recently, she continues on her phD studies. Her research interest includes lean construction and management, sustainability in construction, smart cities, smart construction and construction project management. She teaches at universities as a part-time lecturer. 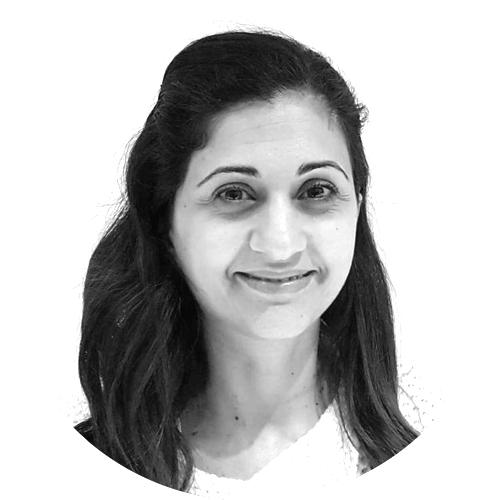 Didem Çetinel
Graduated from Izmir Institute of Technology at 2005, she started to work in some local architectural companies and also big scale construction projects in İzmir. Since 2009 she works as a co-founder in her architectural office with her partner. The work of the studio expands to big scale projects like, hotel design, hypermarket design, industrial building design, as well as residential design and retail design. They have worked in many different scale projects in Turkey and also in abroad. Beside these, she works as a part-time lecturer in Yaşar Univercity since 2016. 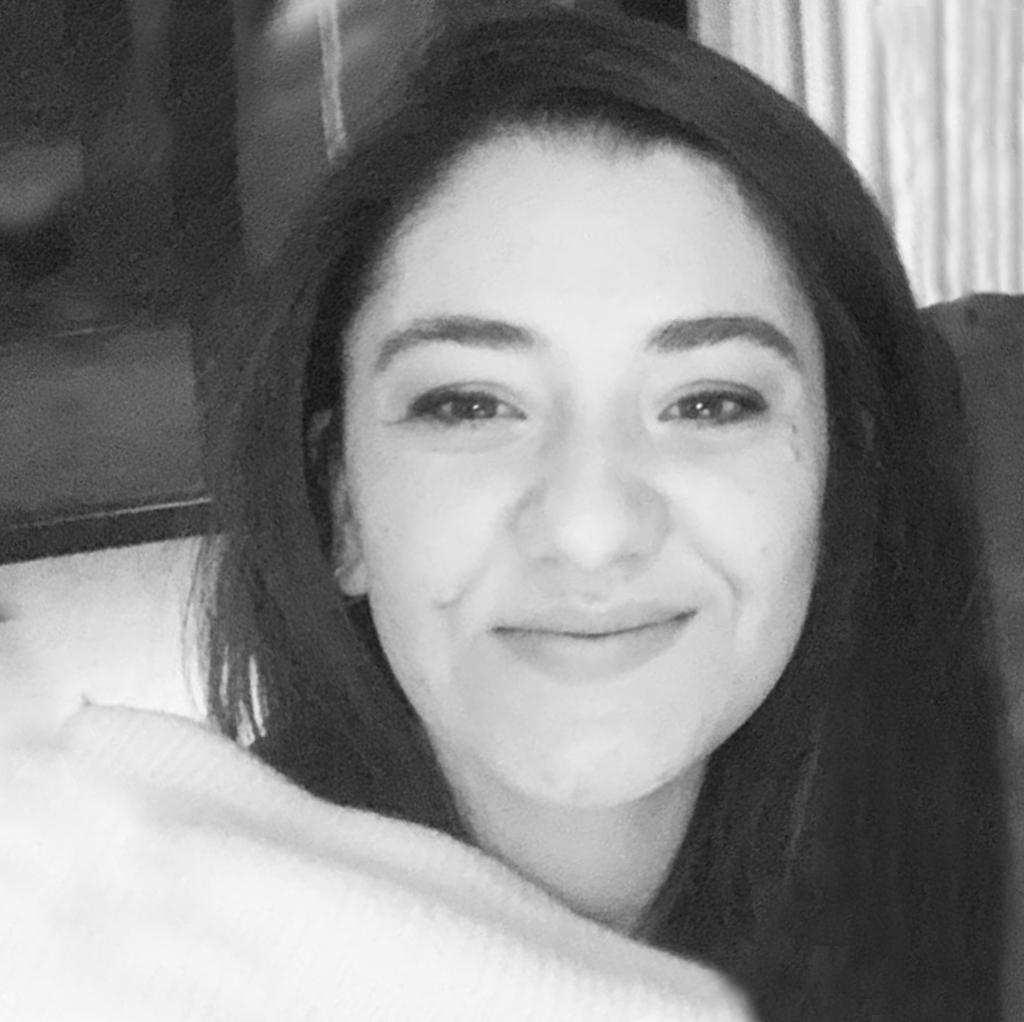 Gülçin Kabaçam
She completed her undergraduate programme at Izmir University of Economics, in The Department of Architecture. After completing her undergraduate studies, she completed her postgraduate programme in Project Management at University of Reading, School of Construction and Engineering, England. After graduation she returned to Turkey in 2014 and worked in big-scale 5-star hotel, residential projects and high-rise buildings as an field and design office architect. In addition to design and construction management, she is actively involved in the sector of sustainable energy specifically photovoltaics which is becoming widespread today, and has been working as a part-time instructor at Yaşar University since 2019. 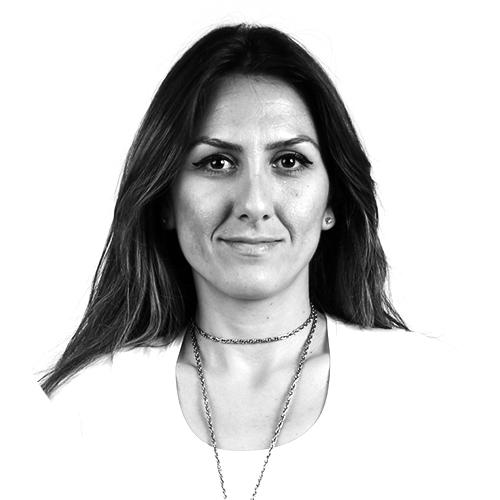 Hande Odaman Kaya
After receiving her B.Arch in Architecture from İzmir Institute of Technology Faculty of Architecture (2003-2008) earned her MSc. (2012) and Ph.D. (2018) degree in architecture from Structural Construction Design Program of Dokuz Eylül University. She worked as a research assistant in Yasar University Department of Architecture between 2008-2017 and she has been into the professional life since 2012 as a founder partner of a construction company. Major research interests are sustainable architecture, green building assessment methods and building energy performance simulation. 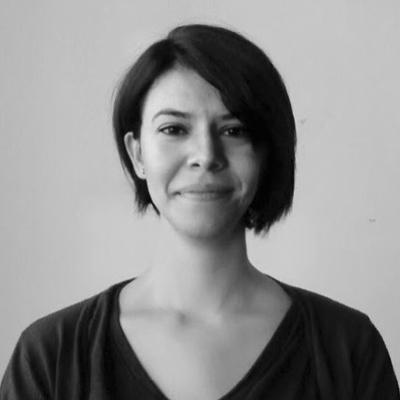 İlknur Uygun
İlknur Uygun received her B.Arch.(2009), M.Arch (2012) and PhD (2019) degrees from Izmir Institute of Technology. Between 2009 and 2019, she worked as research assistant at IZTECH, Department of Architecture. She also participated in some TUBİTAK and BAP projects as scholar. Her study topics are lighting design, optimisation and energy efficiency in buildings. 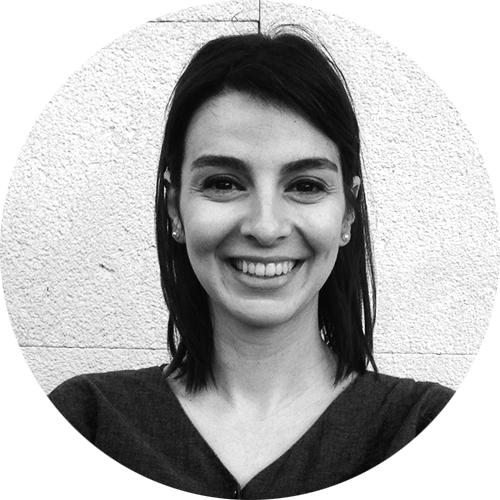 Melis Varkal Deligöz
Graduated from Middle East Technical University with Bachelor of Science in Architecture with one-year educational experience in Valencia Polytechnic University, she started to work on retrofitting existing residential blocks in Barcelona. After she returned back, she worked at architectural offices in Istanbul on several different scale projects. Her masters degree is on Urban Management and Development at Erasmus University, Rotterdam, where she specialized on community-driven urban retrofitting. In 2013, she co-founded UrbanTank, to work on human-centered and participatory urban environments through research and various scale interventions. Besides teaching, she practices architecture in her own office as partner architect.
– Middle East Technical University (Architecture, 2008)
– Erasmus University of Rotterdam (Master, Housing and Urban Studies, 2010) 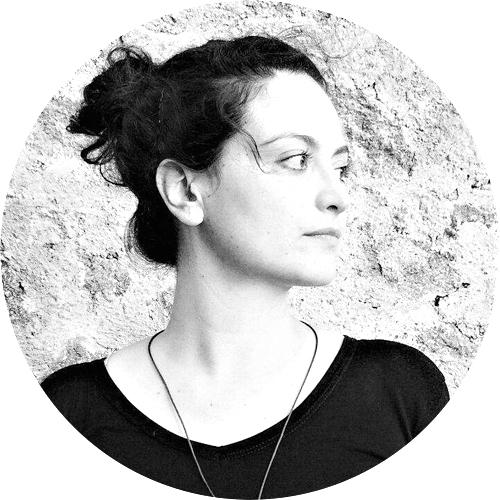 Pınar Kılıç
She completed her bachelor’s degree in 2007, Trakya University, Architecture Department. After graduation, she started her professional life in Izmir and worked as a research assistant for nine years in Izmir Institute of Technology, Architecture Department. In 2010, she got a Master of Science degree in Architecture from Izmir Institute of Technology. In 2015, she attended Academy of Fine Arts Vienna (Akademie der bildenden Künste Wien) as a visiting scholar within a Tubitak Scholarship program. In 2020 she got her PhD degree from Izmir Institute of Technology, Architecture Department with her thesis
“Discourse of Publicness in the Discussions of Art Museums Since the 1990s-1990 Yılından İtibaren Sanat Müzesi Tartışmalarında Kamusallık Söylemi”. Her academic studies are about architectural theory and criticism, public space theory and the publicness of museums, theories of space, discourse studies on space, everydaylife and the use of space(especially with a focus on the role of space for the production of publicness and also on the differences between conceived and lived space). She has been giving undergraduate courses such as Basic Design Studios I- II, History and Theories of Architecture and Urbanism I, and ARCH 220 Integral Architectural Design Studio I at Yaşar University Architecture Department since 2017. 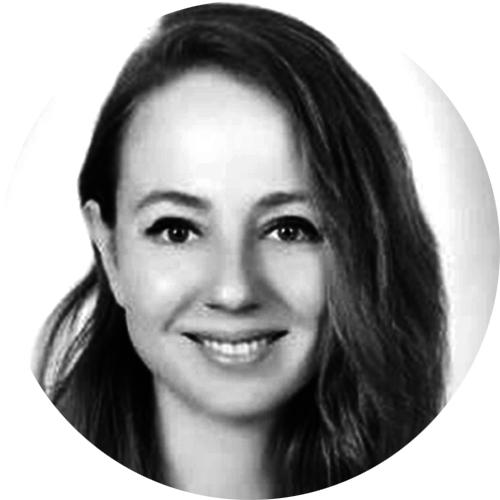 Sabahat Gizem Özmen
S. Gizem Özmen, has received her bachelor degree in Urban Planning (2009) and in Architecture (2011) from Istanbul Technical University. She completed the MSc program at Yaşar University in the Space and [Digital] Culture program (2016), where she had been working as a research assistant between 2013-2016. She has worked in various architectural offices in İstanbul, İzmir and Melbourne, working on projects of different scales ranging from public buildings to residential interiors. Her research focuses on contemporary urban issues such as gentrification and urban renewal. She participated in a funded project on public housing and the administration of participatory design activities in İzmir. Since May 2018, she has been running her own design office which specifies in urban design, architectural and interior design projects. 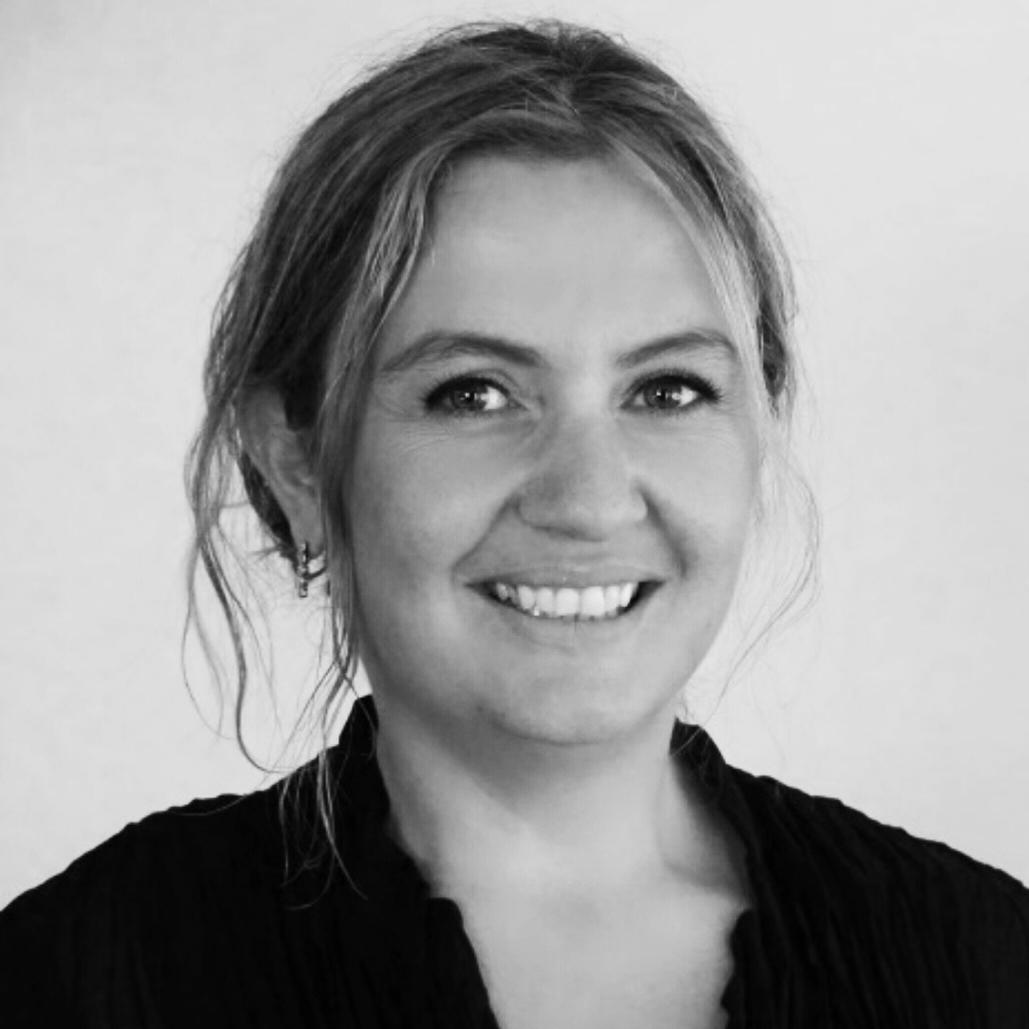 Yelda Tuna
After graduation from Izmir American Collegiate Institute, she got her bachelor’s degree from Dokuz Eylül University, Department of Architecture in 1994. Between 1992-1998, she worked as an architect at a few architectural offices and during this period, she experienced designing and construction process of shopping centers, apartment buildings and various housing projects. Since 1998, she designs architectural and interior spaces as the owner of Tuna Architecture. In addition to architectural projects where residential and industrial buildings are mainly, she continues her interior design & project and construction works together with her team. She is a board member of Izmir Chamber of Architects and a member of Izmir Serbest Mimarlar Derneği. 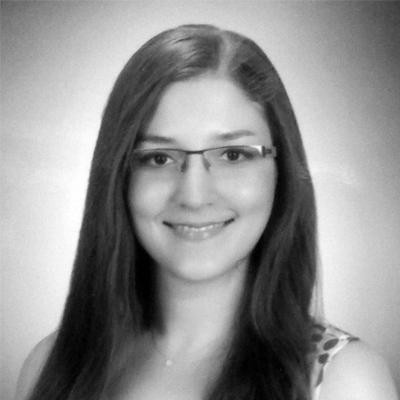 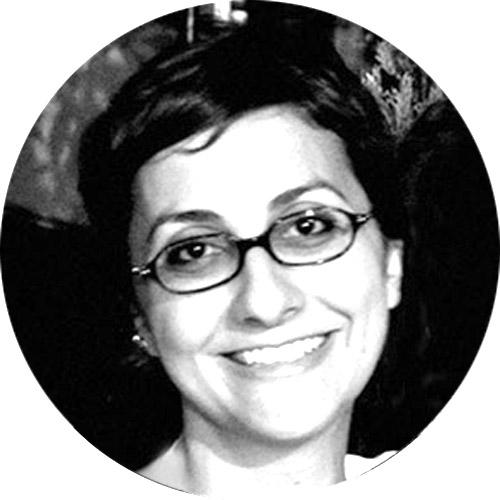 Zeynep Ünal Çağatay
She received her B.Sc. degree in Mimar Sinan University, in the Department of Architecture under the Faculty of Architecture in 2000. She worked in numerous projects with various architectural offices in Istanbul, for over 15 years, on a wide range of subjects; e.g. furniture design, office interior design, office building, airport terminal building. She has been working at Yaşar University as as part time lecturer since 2016. 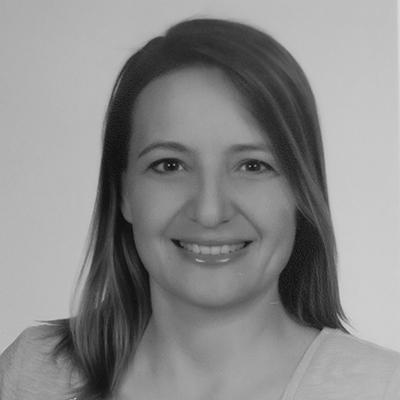 Zeynep Bavunoğlu
After graduating in 2004, I worked as a Visual Merchandiser in a private company. Later, during my master and doctorate education, I worked as a Research Assistant and then Assist. Prof. faculty member for about 10 years. I have articles on risk management and communication management in construction companies, with my area of expertise being Project and Construction Management.